Going to slaughter: Should animals hope to meet Temple Grand? 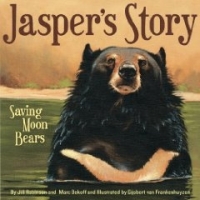 Going to slaughter: Should animals hope to meet Temple Grand The lives of factory farmed animals cannot be made humane Published on February 6, 2010 by Marc Bekoff, Ph.D. in Animal Emotions

Temple Grandin has become a media star because of the work she does that supposedly makes the lives of slaughterhouse animals better. Meat eaters and the slaughterhouses that pay her and those that don't claim she does make the life of a terrified animal better and that it is okay to eat them because they have better lives. Of course "better" doesn't mean even a marginally "good" life. Grandin and others also claim that because or her autism she has better connections with animals because she has a better understanding of them, but this has been called into question by solid scientific research. But let's put this topic aside because one could easily argue that if Grandin does indeed have a better idea of what animals are thinking and feeling she couldn't possibly allow them to be sent to their reprehensible death to become an unnecessary meal.

So, let's consider the question, should the animals look to Grandin to make their lives better before they're made into unneeded meals? (also see) Even if we assume that some - likely a very few - people must eat meat, they surely don't have to eat the meat that comes from factory farmed animals who are treated as mere objects on the long road to their ignominious death. Their dignity as sentient beings is compromised every step of the way and we should all be ashamed that factory farms even exist - but they do. I wonder if anyone would trade places with a factory-farmed animal or allow their companion dog or cat to trade places with these individuals whose lives are doomed. If not, we need to know why. Dogs, cats, cows, pigs, and sheep are all sentient beings and they all have rich and deep emotional lives. Why do we protect dogs and cats but allow other beings to become our meals

Does Temple Grandin actually make the lives of factory farmed animals better because they are treated in a more humane way because of her research? I think, to be fair, that perhaps some animals - likely a tiny fraction of the animals who go to slaughter -  may have slightly better lives than they otherwise would, but let's face it, no animal who winds up in the factory farm production line has a good or even moderately good life, one that we would allow our dogs or cats to experience. In fact, their lives are marked by constant fear, terror, and anxiety. So, "slightly better" isn't "good enough" and I'd like to see Grandin encourage people to stop eating factory farmed animals and call attention to the fact that none of the ways in which they are currently treated even borders on what should be acceptable and humane. "Humane slaughter" allows for interminable pain, suffering, and death and simply must be stopped. Efficiency standards for "bolting", a technique that is supposed to end an animal's life immediately and "humanely" because of the damage done to the individual's brain vary and the likelihood that the trip to the slaughterhouse and waiting in line to be killed are even borderline humane are so low you wouldn't head to work if you had such a small chance of getting there alive. The American Veterinary Medical Association’s 2002 panel on euthanasia approved bolting "if done properly." According to Grandin

"Stunning an animal correctly will provide better meat quality. Improper electric stunning will cause bloodspots in the meat and bone fractures. Good stunning practices are also required so that a plant will be in compliance with the Humane Slaughter Act and for animal welfare. When stunning is done correctly, the animal feels no pain and it becomes instantly unconscious. An animal that (sic) is stunned properly will produce a still carcass that is safe for plant workers to work on." What about the suffering before being bolted?  Animals are terrified not only because of what they themselves are experiencing but also because they see, smell and hear the pain and suffering of others. We also need to ask, what about the pain and suffering from improper stunning in addition to the reduction of meat quality? I wouldn't trade places with a slaughterhouse animal and I surely wouldn't place any companion or other animal in a slaughterhouse.

It's not inevitable that factory farms have to exist. We allow them to exist because of the choices we make about who - not what - we put into our mouth. If I were a factory-farmed animal I would not look to Grandin to make my life better because the odds are that even if my life was slightly better it still would be a horrible one at best, marked by interminable fear, terror, and anxiety. What a blight it is on humanity to allow animals to be treated this way. Shame on us. We can make the world a more compassionate place and increase our compassion footprint by simply choosing not to eat meat. Nonhuman and human animals would benefit if we lived in a more compassionate and empathic world where the dignity of all beings was cherished and each and every life was respected.

We are very pleased to have another submission from Marc Bekoff.  Marc is currently working on a children's book titled, Jasper's Story: Saving Moon Bears. Marc Bekoff is a former Professor of Ecology and Evolutionary Biology at the University of Colorado, Boulder, and is a Fellow of the Animal Behavior Society and a past Guggenheim Fellow. In 2000 he was awarded the Exemplar Award from the Animal Behavior Society for major long-term contributions to the field of animal behavior. Marc is also an ambassador for Jane Goodall's Roots & Shoots program, in which he works with students of all ages, senior citizens, and prisoners, and also is a member of the Ethics Committee of the Jane Goodall Institute.   The Healthy and Humane Observer is honored to feature Marc's work.