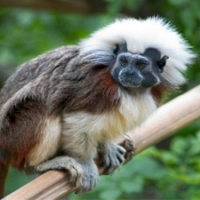 Following two years of pressure from PCRM and other groups, Harvard University announced today that it will close its primate experimentation facility where numerous monkeys have died and been seriously injured in recent years. This move is a step in the right direction—away from cruel and scientifically misguided research—and PCRM’s members played a big role by sending Harvard more than 30,000 e-mails last summer. With your help, we did it!

The closure will affect the 2,000 monkeys currently at the New England Primate Research Center in Southborough, Mass. PCRM will call on Harvard and the National Institutes of Health (NIH) to retire those animals to sanctuaries rather than send them to other research facilities.

In September 2011, PCRM issued its report Animal Welfare Act Violations at Ivy League Universities, which detailed how a primate (later revealed to be a highly endangered cotton-top tamarin) was found dead in a cage at the Harvard facility after going through a machine that uses near-boiling water and caustic chemicals to wash cages.

Following PCRM’s report, other accounts of animal deaths and mistreatment continued to surface, including:

• A marmoset was found to have died after escaping, being captured, and then undergoing an imaging procedure. PCRM’s sources from within the primate center claimed that the marmoset was traumatized during his capture and that he was hyperventilating and distressed when he was forced into the constricting imaging tube.
• A cotton-top tamarin died of dehydration as a result of not having a water bottle in his cage.
• A primate died after being overdosed with anesthetics.

PCRM took this evidence of animal cruelty to the United States Department of Agriculture and NIH’s Office of Laboratory Animal Welfare and called on the agencies to investigate Harvard.

PCRM also charged Harvard with violating the federal Endangered Species Act by negligently harming and killing cotton-top tamarins in a complaint filed with the U.S. Fish & Wildlife Service in July 2012. Harvard responded by claiming that it would relocate its nearly 170 tamarins—critically endangered monkeys native to Colombia—to “other institutions, such as wildlife preserves or sanctuaries.” The complaint is still pending.

PCRM is still urging Harvard to retire its tamarins, and now we are pushing the school and NIH to do the same with all 2,000 primates. As we move forward, you will hear more from us.

If you are not aware of the Physicians Committee for Responsible Medicine, you must become informed by visiting their site at: http://pcrm.org/about/about/about-pcrm

Not only is valuable information provided on alternative eating and healthier lifestyles, but PCRM promotes ethics, sustainability and valuable informaiton on timely matters important to diverse advocacy groups.  AND they have amazing vegan recipes!  http://www.pcrm.org/health/diets/kickstart/kickstart-programs  Try this 21 day kickstart program that has helped many make the vegan transition.  Locally, be sure to attend some of Rebecca Dingle's food demos - delicious and informative!